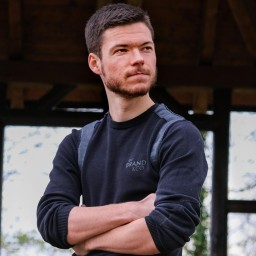 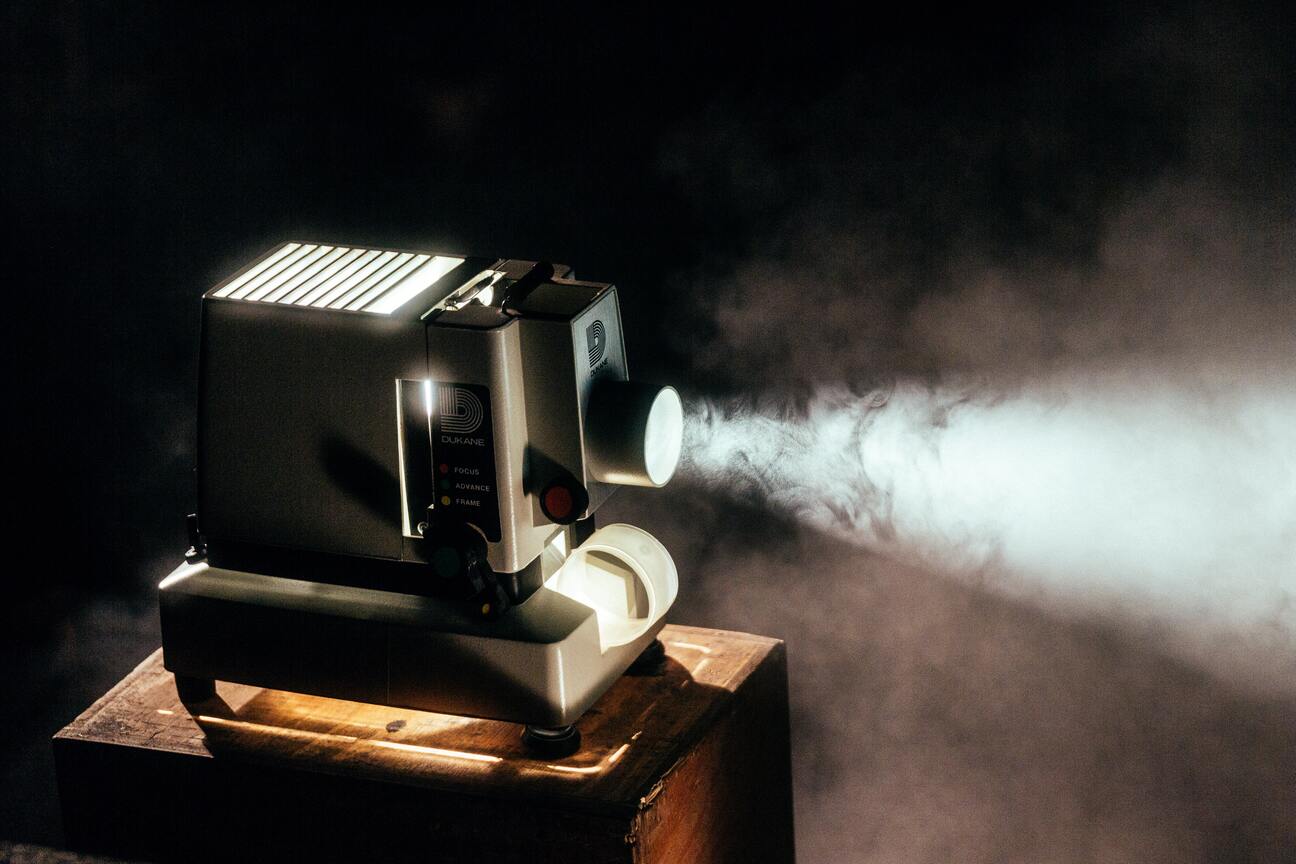 According to some studies, the average user’s attention span has become very short, of the order of 8 seconds. Apparently less than a goldfish. Yes, a goldfish!

Even if these numbers don’t make much sense after all (it’s hard to quantify human attention), they do show how impactful video content should be today.

To grab the viewers’ attention, an increasing number of video creators are therefore using the emotional power of stories. But how do you actually tell a story through videos?

Well, we’ve drawn inspiration from the book by Robert McKee, a screenwriting specialist, to provide you a concrete method and 4 relevant examples.

Once upon a time…. A precise guide to video storytelling techniques 😎 . Let’s get started!

Why use video storytelling today?

Video storytelling techniques are already quite common in the world of video content. Marketers and creators often try to convey their message through stories full of twists and lessons to remember.

But why focus on the narrative format? There are 3 reasons that have to do with the structure of our brain:

These 3 reasons also show how stories can have different impacts. The way the narration is structured crucially defines how viewers perceive the message. And if this structure is a little different, the effect is not the same.

We’ll explain it all to you.

Truly engaging storytelling is more complex than it seems. It is a skill that screenwriters have developed throughout their lives.

It is even more important to understand this for video, which requires precise writing to be realized. Fortunately, video storytelling professionals have already given explanations of their technique. We will try to describe here a video writing method in 4 steps :

1. Creating a protagonist relatable to your audience

We don’t tell the same story in front of different audiences. And that’s quite normal because each of us, depending on our personality and our needs, identify differently with a character.

So, before you start writing, you have to agree on the type of audience you’re talking to. If you are a company, it is the persona of your client. If you are a video creator, it is the audience that has an emotional connection with you.

But to make the portrait concrete, screenwriters try to draw a psychological profile of their audience. They take 3 essential pieces of information from them:

–What are their motivations in life? Are they students looking to learn better? Entrepreneurs, who want to increase their productivity? Women, who want to assert themselves in their company?

–What are their values? Do they generally prefer to see friends rather than study? Believe more in the power of working long hours rather than in a life/work balance? Think a male attitude will make them climb the ladder in the company?

–What are their needs and problems? Do they have difficulty adapting their study tools? Do they have a workspace that is too small? Are they confronted with a benevolent but reluctant hierarchy regarding the status of women?

From these questions clearly emerge the kind of character you want to describe:

You may note the ambivalence of these roles, which do not exactly coincide with the cliché characters we tell each other. You may know that the more complex the protagonists’ values, the stronger their impact.

An example of a relevant protagonist

To give you a very successful example of creating a relevant character, here is a Dov commercial :

The “Dov Real Beauty Sketches” video campaign has very well traced the ideal character that reflects the concerns of its audience: a young woman who is very anxious about her appearance and the way others look at her, and who doesn’t believe anyone when they point out her beauty.

Dov’s idea was to show these women to strangers without their knowledge, and let them talk in order to make an objective portrait of their appearance.

In the end, the women discover that their portrait is more beautiful than the image they have of themselves. At the same time, the viewers are touched by the same concerns shown in the movie, and learn the same lesson: belief in themselves.

2. Defining the core value of your message

After having drawn the portrait of your ideal character, you need now to define the value opposition that fuel the plot of your video content.

Every story shifts from one opposing moral force to another, which ultimately ends with the victory of one specific value. For example, it can happen like this:

By drawing the portrait of your ideal character, you have surely already deduced the values that will define your story. To return to our characters from before :

In this respect, the Spanish Christmas lottery has struck a big blow, through its video campaign “December 21st”.

As Spanish families were divided around the Catalan political issue, they were afraid of living Christmas alone. The organization of the lottery tried to reunite them by telling a very effective story.

Watch the video first before I spoil you 😉

it features a grandmother who believes she had won the lottery, and thus brings the village together for a big party. Her family who knows the truth faces a dilemma: whether to break the grandmother’s illusions or continue to make her believe in her dream.

Eventually, the son decides to follow the collective effervescence and organize the party. It ends with his mother telling him that she knew she hadn’t won.

By making the value of the collective celebration win in such a beautiful way, the ad wants to convince the Spanish to get together again despite the political conflicts.

You may have already seen it in the last video, but putting negativity into the plot is essential to make it engaging. What does it mean?

When marketers tell stories, they often tend to put too much positivity in their speech: “my product is well designed, has the best technologies, is super nice…etc”. But why should we believe them?

Actually, well-crafted stories melt positive and negative arguments together. When the protagonists confront problems with real tension, our expectations are confused and we wonder how it’s gonna end. “Will they succeed despite the difficulties?”

These stories make us live the struggles of the protagonists from within. Therefore, they are far more engaging.

It is necessary to find the obstacles and unexpected incidents that will intensely test your character :

Samsung India’s ad does a good job of creating suspense through various obstacles. It depicts the tumultuous journey of a customer service agent to reach a customer on time.

He gets stuck by tree trunks, a herd of sheep, crosses many Indian landscapes, and finally repairs a television in time, which will be of great importance at the end of the film.

Once again, I let you discover what happens.

These difficult obstacles create tension in the viewers that change their mind. In the end, they realize that perseverance and the desire to help others counts. And that’s what Samsung’s customer service offers.

The end of a story is the most important moment to push the viewer to act. If well-done, it brings a strong dose of emotion that makes them reflect on their own value.

Screenwriters achieve that by extending the obstacles and difficulties of the protagonist as long as possible, until the end is inevitable. The protagonist, definitively blocked by events, is then forced to make a radical choice, which will trigger the final twist.

Depending on the value that ultimately prevails, viewers learn quite different lessons. It is therefore up to you to create the ending that will create the emotion you want in your audience.

Mercedez-Benz’s advertising at Christmas has increased the sales of its product by promoting the value of love.

The story goes like that: the father takes his son to the movies in his car, but the girl he is supposed to meet doesn’t show up. Waiting for him for a while, another car unexpectedly arrives in the parking lot and the girl gets out.

The moral of the story? In the end, love always wins. The father and mother, thanks to their cars, reunite their daughter and son.

The effect of the story is that some fathers will also want to take their son to the cinema to meet his lover. They will want to buy a Volkswagen to relive the story.

Such is the power of storytelling. Now it’s up to you to make your audience’s eyes shine!

Video storytelling: what are the best video editors ?

Well after all these explanations, you may also need tools to craft your video storytelling. So here we show the best solutions we’ve found to apply screenwriting techniques.

If you want to have more, you can also visit our article.

Included in the Adobe Spark bundle, Adobe Spark is designed for video creators who want to create aesthetic and creative videos. With the help of numerous visuals, it allows professionals to seduce with short but effective video design.

Pricing: The free version is already quite complete, but the home ($11.99) and professional ($23.99) versions allow you to work in groups and scale your work to a large scale.

Animoto is aimed at content creators on social networks who want to engage their audience easily. With its simple and clear interface, you can quickly choose a template and add animated images and text. The tool is easy to use and offers great customization possibilities.Pricing: Free: create unlimited videos.

Powtoon is known for helping teachers make classes more interactive and stimulating. With its many design possibilities, the tool makes it easy for you to tell video storytelling content. On the online platform, you have access to aesthetic objects and media to compose colorful and dynamic presentations.

At Checksub, we love video creators who tell us exciting stories. So for the past 4 years, we’ve been working on a tool that helps them save time in an essential task : subtitling.

You may know that more than 85% of videos are watched sound off in Facebook, and that this trend applies all over the web. Unfortunately, there are still very few tools to increase productivity in the creation of subtitles.

We have therefore designed a tool that brings together the best technologies available on the market:

The approach is quite simple:

Charm your audience by testing our tool!

Get the latest posts delivered right to your inbox